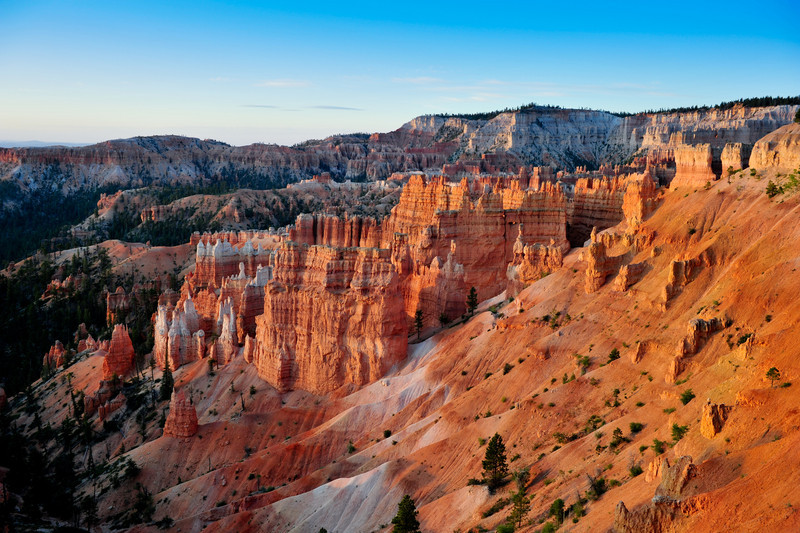 Bryce is famous for its worldly unique geology, consisting of a series of horseshoe-shaped amphitheaters carved from the eastern edge of the Paunsaugunt Plateau in southern Utah. The erosional force of frost-wedging and the dissolving power of rainwater have shaped the colorful limestone rock of the Claron Formation into bizarre shapes including slot canyons, windows, fins, and spires called "hoodoos." Tinted with colors too numerous and subtle to name, these whimsically arranged rocks create a wondrous landscape of mazes, offering some of the most exciting and memorable walks and hikes imaginable